Golden reproductions of natural floral elements were some of the earliest pieces to be made in metal. The ancient Sumerians wore headdresses of hammered leaves strung with Lapis Lazuli and Carnelian beads. The below headdress from the Metropolitan Museum of Art was found in an ancient Sumerian adorning the forehead of a royal attendant. This simple pattern of straight lines radiating from a central stem as leaf veins can be found in many hammered leaves of this time period. 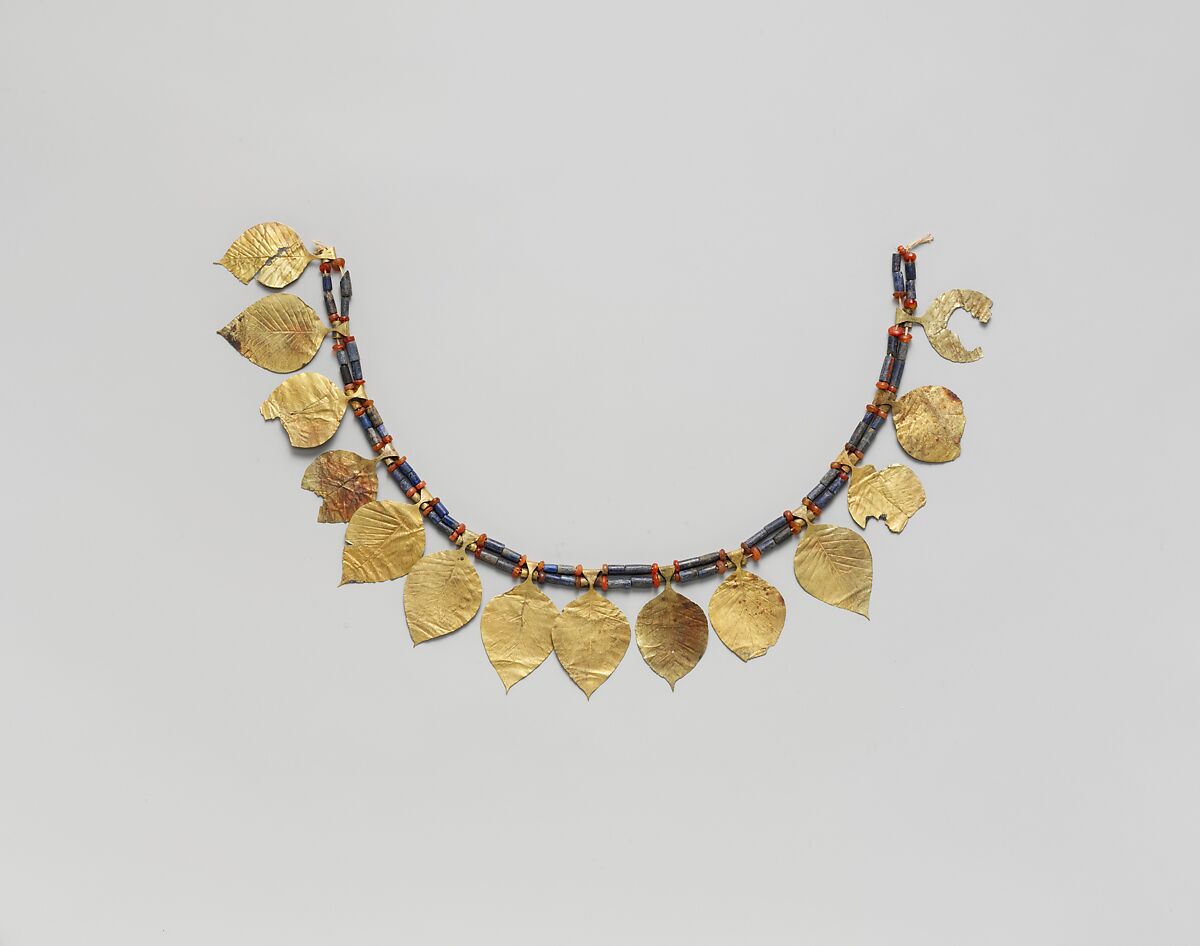 As the techniques of working in gold spread outward from Ancient Mesopotamia, cultures in the Mediterranean moved these styles forward in time. One of my favorite pieces at the Met is their small hammered Minoan gold collection: 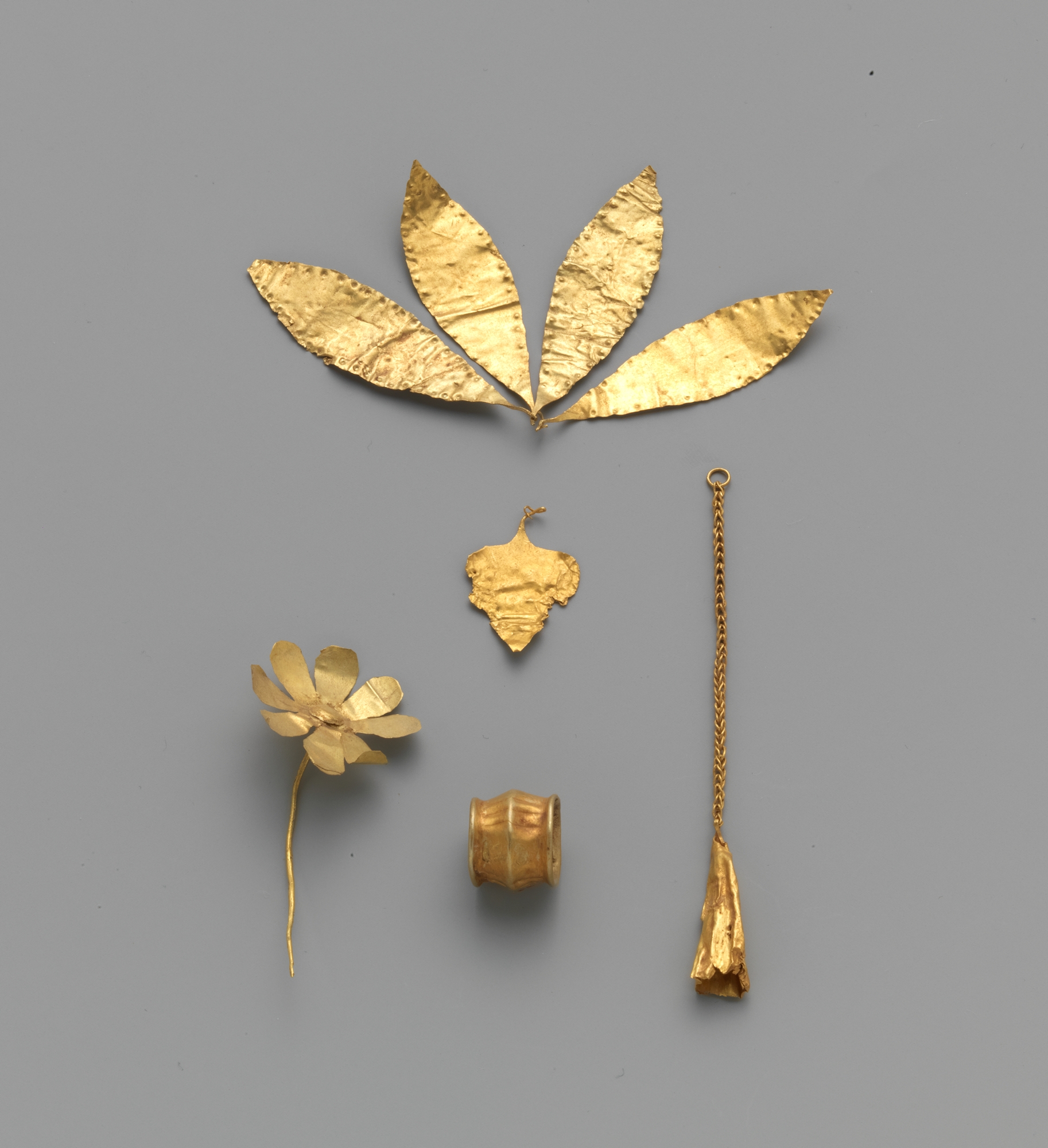 The detail is simpler than the Sumerian leaves, but the techniques and metalwork in pieces such as the chain on the right are much more complicated.
Similar styles evolved in Etruscan Italy and Hellenistic Greece where people in the highest echelons of society were often buried with gold wreath headdresses. These styles became more elaborate as different leaves became associated with different gods, and as Roman culture incorporated the greek pantheon.
Below is an Etruscan gold funerary wreath with a rosette in the center, surrounded by hammered leaves. This was a common style and is thought to be too delicate to wear in everyday life, and, as with most ancient gold, most have been found buried at funeral sites.

Hellenistic Greek wreaths were some of the most elaborate of the period. Bay Laurel wreaths were historically given to the winners of the Olympic games, as bay laurels were associated with the god Apollo, the patron of sport, and as the pantheon of gods grew more elaborate, each god became associated with their respective leaves:
Oak - Symbolizes wisdom and was associated with Zeus
Bay Laurel - Symbol of victory, achievement, and status; associated with Apollo
Poplar - Associated with Hercules, as he was thought to have brought the tree to Greece
Myrtle - Sacred to the goddess Aphrodite, a symbol of love whose flower was often used in crowns
Ivy - associated with the God Dionysus, the god of grapes, wine, and fruitfulness.
The below Greek wreaths are deceptively simple in form. The hammered gold leaves are so thin that they flutter as people walk by, and the acorns have a multi layered cap with fringed gold (and imagine none of this was cut with the scissors that we know today) Everything was wrapped, hand pulled and hammered wire with minimal heating - this high-karat gold was not soldered; it was fused - again, without the ease of a torch.
The first, an oak crown would have been associated with Zeus, and the second, an ivy wreath would have been affiliated with Dionysus. 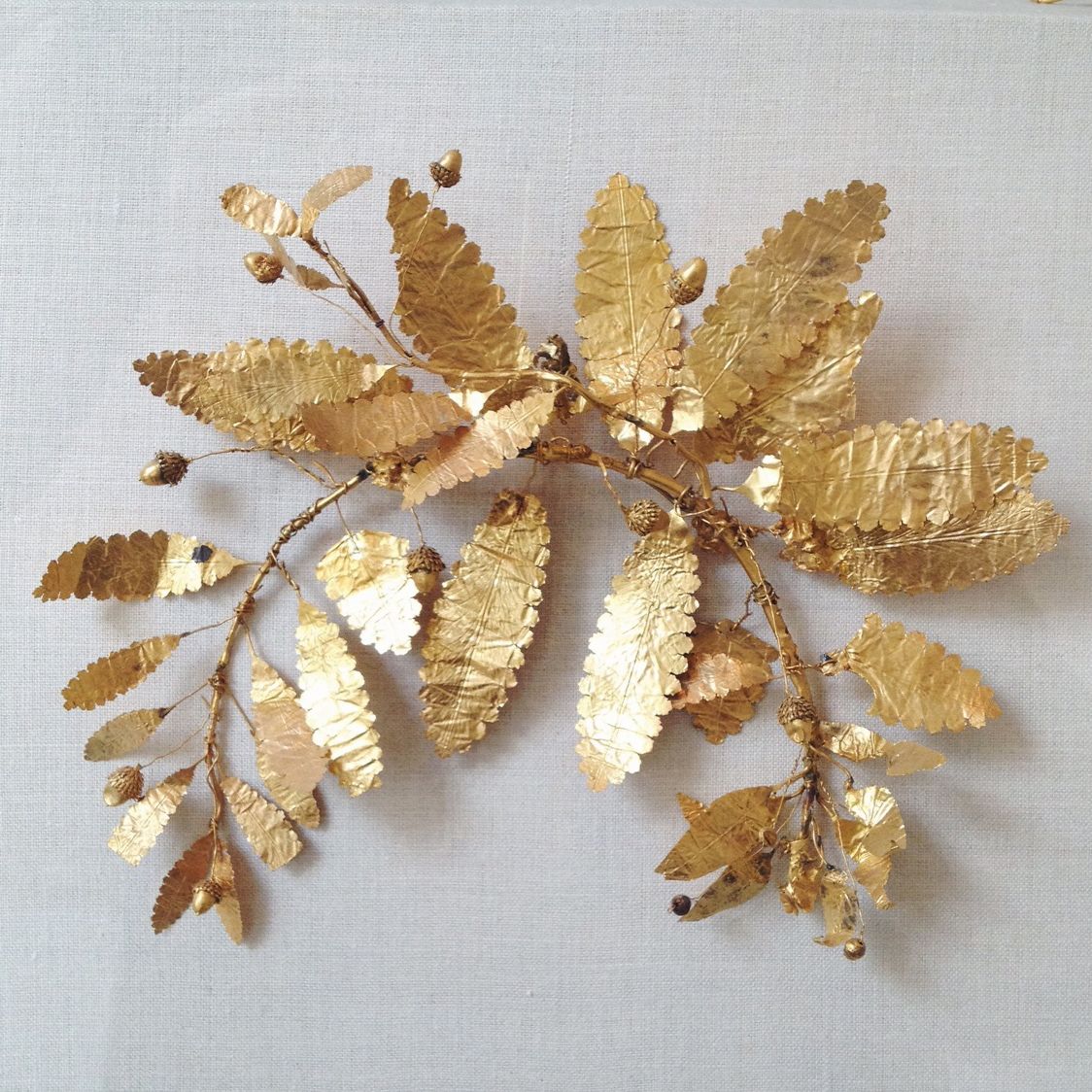 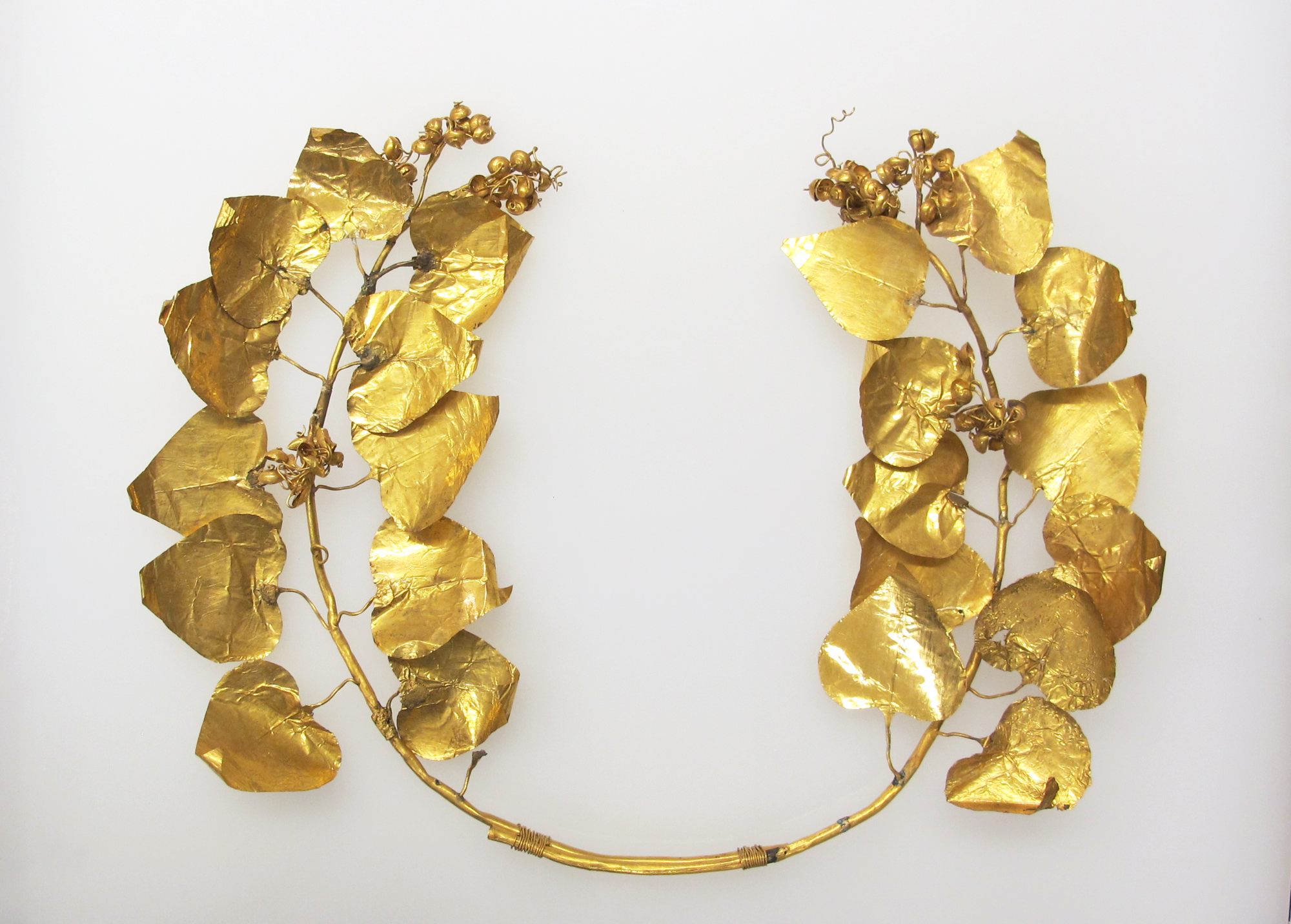 And, of course, we are on our own journey to explore these crowns. Below is a sample of an ivy wreath of our own. This style is made out of brass instead of pure gold, but it's a step forward. If you are looking for a headpiece of your own for a wedding or other special event, we would love to work with you to make your vision a reality! Contact us here if you would like to discuss something special.